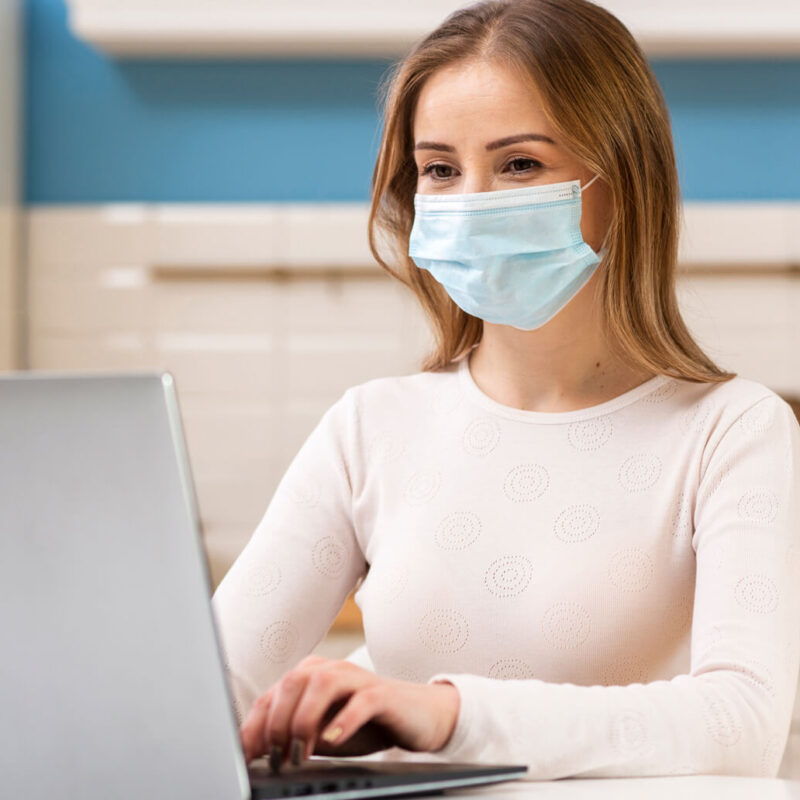 How will KYC (Know Your Customer) compliance now evolve?

The fallout from Covid19 will not only hit us now but will be with us for many years. While the forthcoming economic downturn and increased governmental intervention in our lives are evidential, other impacts such as the emotional traumas of much reduced horizons and the societal consequences of social distancing will be much discussed and evaluated in the years to come.

Various themes for how the world will change in response to the pandemic have emerged. A more “contact-free” economy with greater reliance on remote working, a greater acceptance of data sharing and more reliance on technology to communicate are all trends which will only accelerate. Just look at all the people who are now working remotely, who before Covid19 would never have considered it. There has been a step change in digital working, even librarians are now working from home!

In this new world, KYC compliance efforts against money laundering and terrorist financing may well not initially receive the priority they did before the crisis. Just as in 2008, the need to systemically ensure financial institutions’ survival for the well-being of the wider economy will likely prove a more compelling driver than demanding greater regulations and therefore increasing costs in the fight against financial crime. At this point in time, organisations should want to know that their KYC compliance is ‘safe’ and is not going to increase risks after Covid19 is managed.

Yet KYC and transaction monitoring software will still need to evolve to meet with the changing zeitgeist in a number of obvious and less obvious ways. This article will highlight some of these trends and will demonstrate that the need for effective compliance tools will only grow stronger.

The most obvious trend resulting from Covid19 is in terms of the contact free economy. For consumers, there has been a huge increase in eCommerce and other non-contact activities. Many retail outlets now refuse cash and all payments must be contactless. Appointments with doctors over the phone or via a video link have become far more common across much of the world. Within financial services, this is leading to a dramatic increase in non-face-to face transactions and a reduction in traditional branch visits and cash transactions. Many countries are re-evaluating requirements on account opening, which previously mandated a physical signature or a branch visit so that ID could be physically inspected. Instead, the utilisation of non-face-to-face verification techniques such as a ‘liveness detection’ video (where a customer sits in front of a video for a few seconds and their movements are evaluated) and a ‘facial comparison’ processor (where the system compares an individual’s selfie-photograph against their ID card) will be increasingly relied upon.

For financial institutions and businesses themselves, a more contact free economy will result in a number of changes. Institutions with large workforces such as banks have had to re-evaluate their support of home working. This has a bearing not just on logistical challenges like split teams, providing staff with a VPN link and a laptop but also wider consideration on how to manage sensitive roles such as compliance processing which hitherto were only allowed to be performed in the office.

Institutions’ attitudes to software also have to change. IT systems and tastes have often fluctuated between using centralised or distributed technologies. Now the trend is rapidly becoming allowing staff to access systems using any type of device (from tablets to phones to laptops) as a further blurring between home and work environments emerges. Compliance software accessed via simple web browsers across devices and not needing to be individually installed on each separate PC will win the day. Equally, all AML software will need to have a workflow management system built in as standard, especially with 4 eye reviews when the first reviewer is physically in a different place to the second reviewer.

Greater government intervention in our economies will impact KYC in a number of ways as well. This intervention will go hand in hand with another likely trend, that of individuals tolerating greater sharing of their data when they can see the value in doing so. Just as individuals will likely tolerate sharing of medical data to help boost the efficacy of a Covid19 vaccine, so similar thinking may see further acceptance of sharing financial data, especially if it helps reduce financial crime and fraud and the compliance risk of an organisation. To this end, setting up of e-KYC utilities within nations to reduce KYC on-boarding procedures for the same customer across multiple institutions will likely be boosted. Similarly, compliance software providers will need to make use of national databases to authenticate ID cards or biometric credentials as part of their standard offerings. Transaction monitoring across institutions in a pooled manner is also likely to emerge.

Such governmental scrutiny will also lead to a much greater level of scrutiny on business itself. As governments increasingly take on burdens of paying furloughed workers and loaning money to businesses, there will likely be a commensurate demand to ensure that businesses show greater regard to wider societal principles than merely a pursuit of shareholder value. An emerging consensus is calling for businesses to look at the “triple bottom line”, meaning that both people and planet are considered alongside profit. Such demands can increase the need for organisations to ensure that their KYC (both individuals and businesses) really do know and understand “who you are doing business with?”

Another trend much discussed is around potential de-globalisation. While more obvious in manufacturing, where vastly integrated complex global supply chains and “just in time” production have increasingly been the order of the day, Covid19 is producing a revolt against placing reliance on suppliers located on the other side of the world in favour of more localised production as distribution becomes increasingly challenged. For software providers, this is likely to lead to a greater need for more local variation and flexibility. Compliance providers will not be able to achieve a “one-size fits all” solution platform using the same name screening and risk rating logic across nations. Rather a more nuanced approach, appreciating local cultural conventions as well as national regulation within an overall international risk based approach will be the order of the day. Similarly, hosting data across continents may become less politically acceptable, a higher focus on “protectionism” will mean that countries become less and less tolerant of allowing critical data processes such as KYC to be handled overseas. This was an increasing trend before Covid19.

Such trends are also shaped by the overriding costs. With government expenditure increased to manage the immediate downturn, longer term the world economy will be constrained by less money than before. While the response to this crisis may well learn from the perceived shortcomings of the austerity agenda which dominated the aftermath of the 2008 downturn, it is undoubtable that businesses will always seek greater value for money. In this respect software providers with clear subscription models and transparent costs will emerge winners alongside pioneers of machine learning techniques, which reduce the overall cost of doing compliance.

What should you do?

The last thing you want is that, after Covid19 has been managed, your KYC is, through no fault of your own, found by Regulators and auditors to be deficient. The contact free economy, data sharing, de-globalisation and cost concerns will all have shaped the evolution of the fight against financial crime in the years to come. The current Covid19 pandemic will accelerate existing trends as well as create new ones. You need to ensure that you are aligned to those trends.

Here at Idenfo, our solutions have always been built with these considerations in mind and will continue to evolve to meet expectations. We believe our solutions present a most effective way of managing KYC in a Covid19 environment. Please contact our sales team for a demonstration to understand how we can help you to meet your requirements, both now and in the future, in a leading and most effective way.