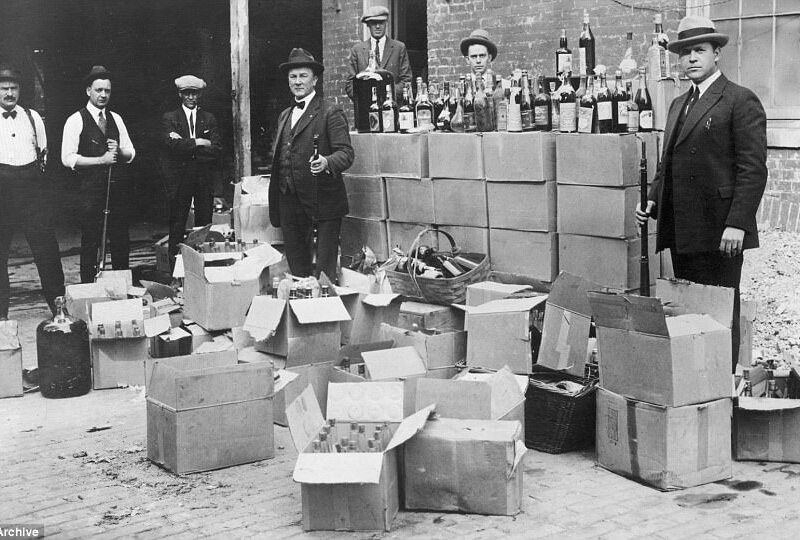 A look at the legal history in the US and Pakistan

The seizure of wealth by law enforcement as an additional tool of crime prevention gained popularity in early 20th century especially in the US during the prohibition period in the 1930s. This gave rise to the need for the criminals to disguise the source of their wealth. This period saw a new emphasis by the authorities to track and confiscate such money. Early laws indirectly criminalising money laundering were enacted around this time. It wasn’t until 1970 when the “Bank Secrecy Act” (BSA) was made a law. The BSA required the banks to retain details of financial transactions and also to report: a) cash transactions over ten thousand dollars and b) transportation of cash and bearer instruments over ten thousand dollars within or out of the US. The BSA law was thus a preventive measure; the US also had AML laws put in place as criminal measures – the most notable amongst them is the “Money Laundering Control Act of 1986” and the “Annunzio-Wylie Anti-Money Laundering Act 1992”. The Money Laundering Control Act of 1986 made money laundering a federal crime and added a specific prohibition against “structuring” transactions to avoid BSA reporting requirements. The Annunzio-Wylie Act amended the BSA and required banks to report suspicious transactions related to possible violation of law or regulation. The Annunzio-Wylie Act is also called the death penalty for banks because it gives US regulators the ability to grant and take away licenses.

In 1990 the Financial Crimes Enforcement Network (FinCEN) was created in the US with a mandate to establish, oversee, and implement money laundering prevention policies in the US. The FinCEN also provides intelligence to assist in the detection, investigation and prosecution of money laundering crimes in the US.

After 9/11, the US government felt the need to strengthen the laws especially in view of curbing the financing of terrorism. Consequently 2001 saw the introduction of a law called “Uniting and Strengthening America by Providing Appropriate Tools Required to Intercept and Obstruct Terrorism (USA PATRIOT) Act”. Section 326 of this act (which became effective towards the end of 2003) required confirming the customer’s identity. FinCEN issued regulations to implement the requirements of section 326. These are commonly known as “Customer Identification Program” or CIP. This meant that for individuals, the banks were required to see “government issued photo ID” such as a passport or a driver’s license.

US standard for prosecution

A financial institution, its employees or agents can be prosecuted in case of inaction when the bank knows, suspects or has reasons to suspect that:

The definition of “knowing” under the US law in addition to actual knowing, also includes purposeful ignorance or indifference, wilful blindness; or collective knowledge. Therefore, ignorance of the source of funds cannot be used as a defence if there are indicators that the funds were not derived legitimately. The “wilful blindness” doctrine is interesting. This means that if a person deliberately avoids or ignores information that could have led to the discovery of unlawful activity because he/she wants to remain ignorant of the true nature of activity, he/she could be held responsible for whatever knowledge an investigation would have revealed. Under the doctrine of “collective knowledge” a bank is treated as if it possesses all the knowledge of all individuals (directors, officers and employees). This makes it crucial for banks to communicate effectively, both across and within functional areas.

Closer to home in Pakistan the earliest criminalization of money laundering came in 1860 when the Indian Penal Code made the aiding and abetting in a crime also punishable like the crime itself. Legal experts opine that laundering proceeds of crime amounts to aiding and abetting in that crime and thus attracted penalties prescribed in the Penal Code. After the partition of India in 1947 this law was adopted in Pakistan and is now called the Pakistan Penal Code (PPC).

The next major law covering money laundering came about in the late 1980s as the Control of Narcotic Substances Ordinance which was later re-enacted in 1997 as The Control of Narcotic Substances Act., although this only covered proceeds of drug related crime. 1997 saw another key law being passed in Pakistan, namely the Anti Terrorism Act 1997. The ATA specifically criminalized the financing of terrorist activities. 1999 saw the next major law being introduced, The National Accountability Bureau Ordinance. The NAB Ordinance only dealt with corruption and corrupt practices.

The State Bank of Pakistan first introduced requirement of banks having to monitor accounts for possible money laundering in the 1992 Prudential Regulations. Later in 2003 when the new Prudential regulations were introduced, a whole set of regulations were put in place to ensure that banks in Pakistan comply with the FATF recommendations. In 2003 when The Asia & Pacific Group on Money Laundering (APG) an FATF style regional body came to assess Pakistan for implementation of FATF’s recommendations, their main concern at the time was that there is no law that specifically criminalizes the act of laundering money.

It took Pakistan’s parliament a number of years to finally introduce a law specifically covering money laundering. It first appeared in the form of The Anti Money Laundering Ordinance 2007 where only one section of the ordinance was effective. It wasn’t until 2010 when the full law was made effective as the Anti Money Laundering Act 2010. In order to fully implement the requirements of the AML Act, the State Bank of Pakistan introduced in September 2012 the AML/CFT Regulations accompanied by AML/CFT Guidelines on Risk Based Approach. These regulations and guidelines have been updated by circulars several times since and as recently as in December 2019 all the revisions were incorporated into an updated publication.